The chlor-alkali industries produce some of the most basic and widely used inorganic chemicals including, but not limited to, sodium hydroxide (NaOH, a.k.a.1 caustic soda, lye), chlorine (Cl2), sodium carbonate (Na2CO3, a.k.a. soda ash), sodium bicarbonate (NaHCO3), sodium chlorite (NaClO2), sodium hypochlorite (NaOCl, a.k.a. bleach), calcium chloride (CaCl2), hydrochloric acid (HCl), ferric chloride (FeCl3), and hydrogen (H2). Of these, sodium hydroxide and chlorine are the most common and, in fact, rank close to sulfuric acid and ammonia in magnitude of dollar value of use. There are hardly any consumer products that are not dependent on chlorine and sodium hydroxide at some stage in their manufacture.

Because of the widespread use of chlorine and sodium hydroxide and, more importantly, because of the broad range of application possibilities for Investa Pumps Pvt. Ltd. this web page will focus on these two critical chemicals.

The chlor-alkali industries exist worldwide and the plants vary in size from quite small to very large. Some of the smaller plants are actually captive operations producing caustic soda and chlorine for use as basic raw materials for other products.

The basis for the chlor-alkali process is the following simple chemical equation:

The chemical reaction takes place in an electrolytic cell, and caustic soda and hydrogen form at the cathode while chlorine forms at the anode.

There are five basic areas in these plants: brine handling, electrolysis, caustic handling, chlorine handling, and hydrogen handling. Each of these is discussed below: 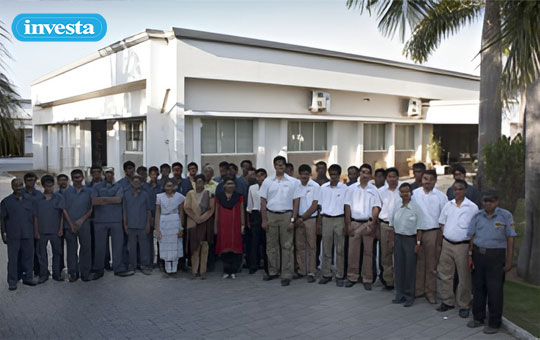